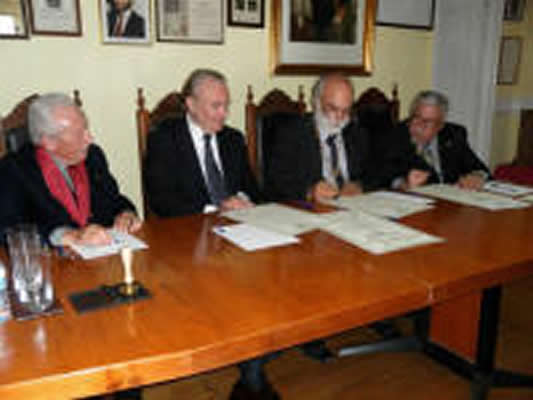 On July 27th 2013, the signing of a cooperation protocol between the Royal Institute Mohamed Ali and the Academy of Arts and Letters was held at Estoril, Portugal.

The ceremony was presided by HRH Prince Osman Rifat Ibrahim, Chairman of the Royal Institute Mohamed Ali, which was attended by significant personalities of the Academy of Arts and Letters.

The session opened with the words of Professor António de Sousa Lara, who emphasized the importance of strengthening relations between the two institutions, as well as the desire to ensure sustainability in the bonds of cultural relationship.

The ceremony ended with the signing of the protocol between the two institutions.